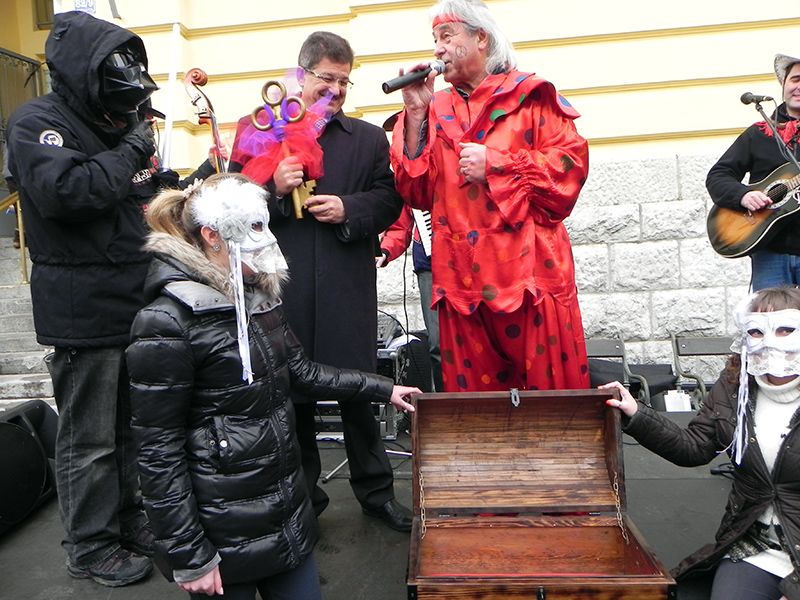 17th January 2013 at City Hall, the mayor of Opatija hand over the keys and thus mark the beginning of carnival in Opatija. City of Opatija is the main sponsor of Opatija carnival, wanting to support the unique masquerade tradition of Opatija - Balinjerada (race cars on ball bearings), which this year marks the 30th anniversary and on this occasion will get its mascot. Balinjerada today to Opatija attracts guests longing for masked escapade.

During carnival in Opatija will be organized various arts and entertainment programs and workshops at Villa Angiolini and art pavilion Juraj Sporer, and fairies, princesses, princes, clowns and butterflies that will participate in the children's parade will welcome children's Opatija mayor.